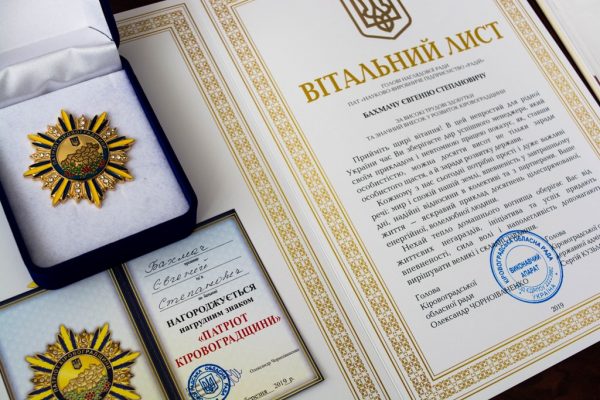 The international project “All Across the Ukraine” was completed and its final stage of recognizing winners took place on March 26, 2019. The Project was launched by the information and publishing center “Galaxy” and was enthusiastically supported by the Kirovograd Region Administration.

The winners of the Project who made a considerable contribution to the development of Ukraine and their region in particular were given rewards in recognition of their valued service, effort and dedication. The reward ceremony was held in Kirovograd Music and Drama Theatre named after M. Kropyvnytskyi.

The Chairman of the Supervisory Council of Public Company Research and Production Corporation Radiy Ievgeniy Bakhmach was provided with the highest Project reward – the order of “Patriots of Kirovograd Region”. The reward was anticipated as Ievgeniy Bakhmach has been and outstanding public leader and a progressive businessman who has been working for the benefit of Kirovograd region by developing social designs and investing into construction and recreation projects. He is enthusiastically supporting youth projects and charity activities in the region.

The award recipients were welcomed by the head of the regional council Aleksander Chernoivanenko who said: “This year Reward Ceremony takes place in the time of our Region’s 80 years anniversary.We all live here to add a new page of our region’s history.Today’s Event is an important step towards our common goal – prosperity of Ukraine”.

The “Patriots of Kirovograd Region” honorable award was given to more than 100 citizens who represent municipal councils and administrations, farmers, and managers of private companies. The award winners’ names were mentioned in the book “Kirovograd region: names and achievements” which was published in memory of the Event. 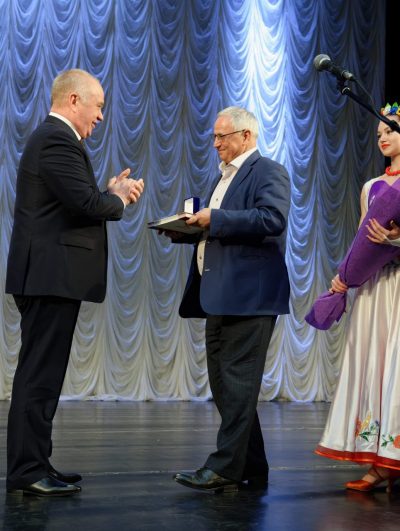